Buckhannon Community Theatre produced its first show in the summer of 1971 with Irving Berlin’s musical, “Annie, Get Your Gun”.  Spawned by the efforts of Buckhannon-Upshur High School students and the high school’s vocal music teacher and choir director, James Knorr, BCT took to the stage for the first time with the production that began as an effort to continue to have musical theater shows during the summer months in addition to the musical shows that were produced at the high school each spring. The effort was successful, as people of all ages and backgrounds became actors, singers, dancers, directors, stagehands and costumers in order to put together a “Broadway-style” show for the community.

“Annie, Get Your Gun” was staged at the Student Center of West Virginia Wesleyan College July 30 and 31, and was performed to capacity audiences.  Just three weeks later, the theatre produced the Lerner and Lowe musical, “Paint Your Wagon”, presented August 20 and 21.  During its first summer, the theatre had a total of 67 in its membership, with company members ranging from first-time performers to semi-professionals (the youngest performer the fist season was only five months old).  The group started from scratch financially, paying for the productions through tickets sales, membership fees and financial contributions from area businesses and patrons.  Four performances between the two musicals sold 1,192 tickets, and the Buckhannon Community Theatre began its legacy of summer productions.

In 1972, Buckhannon Community Theatre was chartered as a non-profit organization, developed and adopted organizational by-laws and held its first election of officers, including executive board members, from its general membership.  It has since expanded from summer-only productions to producing shows throughout the year. This year, BCT celebrates 46 years of quality live theater productions, with the 2017 season featuring “The Miracle Worker”, “Disney’s Shrek the Musical” and “The Rocky Horror Show”. 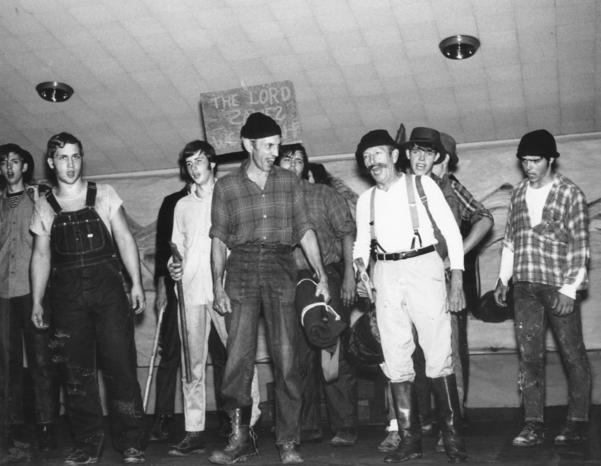